Yesterday my first ever coach died. He was a Rugby forwards coach called Fergie King. He was a larger than life character who made a massive impression on my life. To this day I quote him regularly – in fact I did quote him today in a class I was teaching. If I’d have known at the time I would have been in bits.

He was direct and forthright, but open and had a huge heart. He used exceptionally colourful language, but the message his words conveyed was usually insightful. The lasting image I have of him is standing on the touchline of a muddy pitch in his tracksuit, drenched through on a rainy Saturday afternoon, shouting “Back to basics boys! Back to basics!”

Such a simple message but powerful. You see, I didn’t know it when I signed up to play at age 16, but my team were good, we were very good. I just had to learn fast and get on with it, and so I did.

My first season, we played about 28 matches, and lost exactly 3. And we made sure we played those 3 teams again and put a big score on them to show them the “error of their ways.”

But being good meant we often took what is essentially a simple game and made it very complex. We layered on the complexity of all of the things that we could do to keep the opposition guessing, and sometimes that meant we were too clever by half, and made the game so complex that it didn’t work anymore.

That was when Fergie would shout to us “Back to basics boys!” and we would all look at each other and know what that meant. Back to doing the basics of the game well. Simple rugby played well instead of beating ourselves with overly complex patterns and routines. Next scrum, walk them backwards and score the try. Next line out take simple, fast, 2 ball and give it to the backs to spin wide for our winger to run round the outside of them. Tackle hard and drive over the rucks. Run straight and support the ball carrier. Simple, straightforward rugby.

How often do we take something simple like agile delivery and make it all so complex that it all stops working for us, and we trip ourselves up trying to be too clever? Fergie is shouting “Back to basics” for you.

If things are starting to look hard and complex and you’re not sure what to do, then simplify your game.

If you’re a Scrumist – get back to the values and the 3-5-3. Do it well and start delivering.

If you’re a Kanbanista, get back to principle #1. “Start with what you do now”, as you actually practice delivering your service. Focus on managing the work for flow, let the people organise themselves. Make things visible and Limit your WIP. Simple straightforward Kanban.

Once it all starts working again, you can start to layer a bit of complexity back on again. If it all gets too complex then you just need to listen to the Fergie in your head. 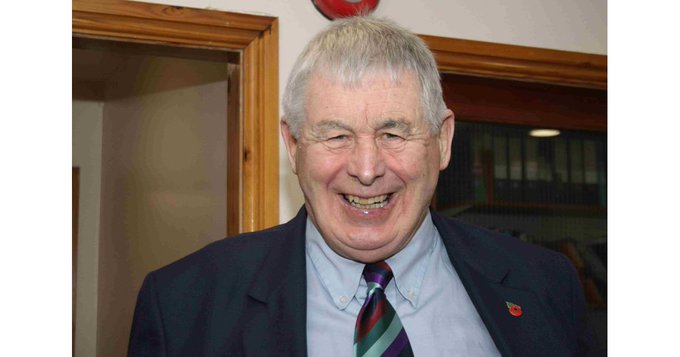 I’m gutted to be missing out at going to Kanban Coaching Exchange this week. Should be awesome. Still, one more place up for grabs for a lucky person. “Making the Product Shift: What the heck does that mean?” with Jon Terry https://t.co/GsEI3CwYgg

Agile is not about doing more work in less time. It’s about generating more value from less work. It’s about working smarter rather than harder - the Age Of Agile (S Denning)

I wish agile had a 5th value statement in the manifesto. If it did, I wish it looked like this. I think it would really help people understand a little better.